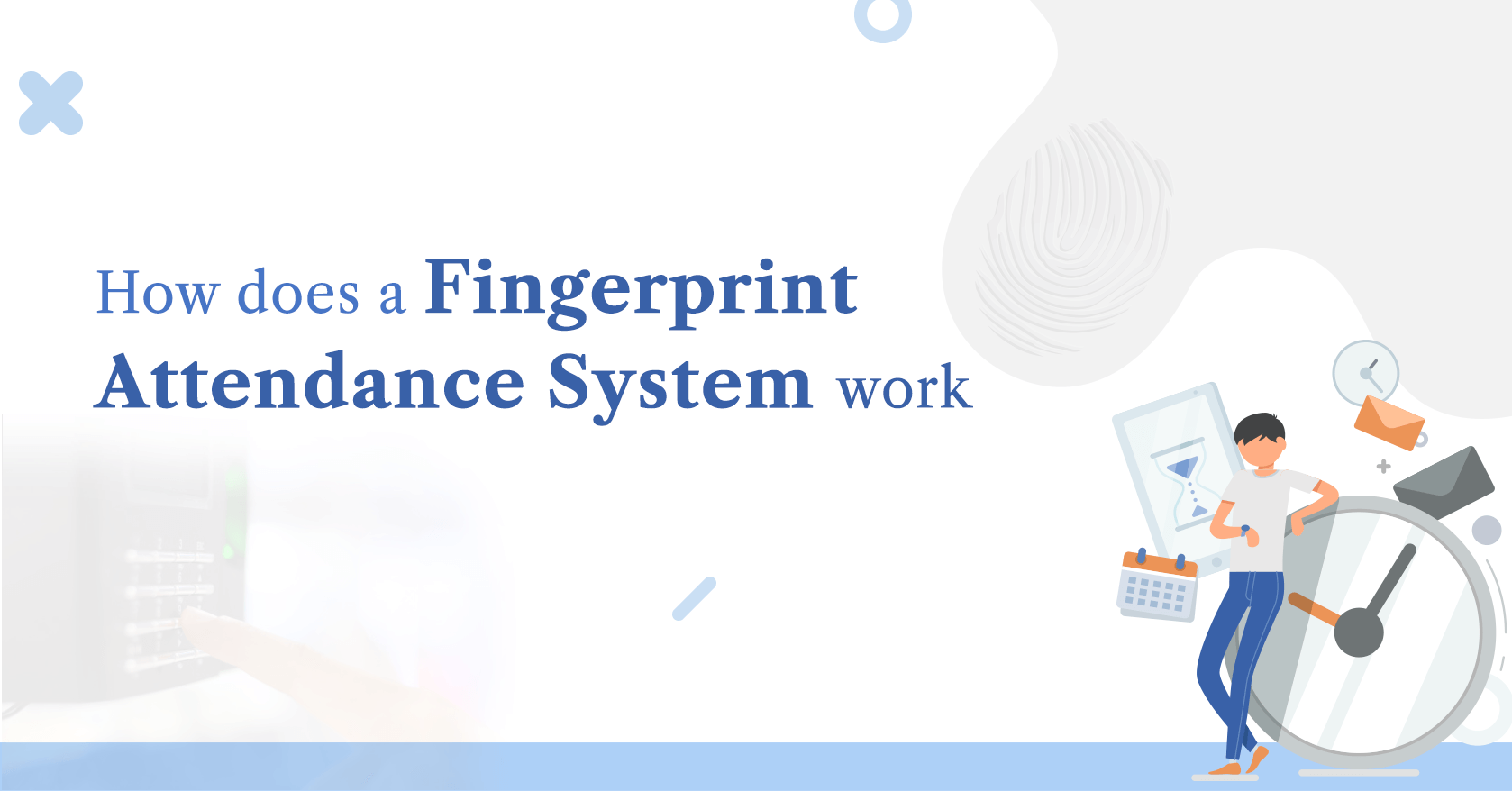 How Does a Fingerprint Attendance System Work?

What is Biometric Attendance System?

A BiometricAttendance System uses biometric data such as fingerprints, eyes, hand geometry recognition, voice, vein recognition, face recognition, and so on to recognize a certain attribute of an individual.

Many personal and commercial attendance systems are incorporating biometrics as an advanced layer. This may appear flawless because of unique identifiers such as biology and behaviors.

Current cybersecurity may have introduced new threats, but it is still focused on minimizing risks. HR work processes have gone crazy due to alphanumeric passwords, ID card swipes, and other complications because unethical employees might log in for one another and present a proxy attendance of a person who never entered the office, which is nothing short of an integrity concern. Biometrics seeks to solve this problem by connecting proof of identity to our bodies and activity patterns, restoring optimal OnlineAttendance System.

In order to manage a productive corporate environment, a biometric attendance system will reduce proxy punching, save employee time, and supply payroll with accurate pay data.

A number of security systems were invented and introduced in companies or other commercial entities for the purpose of safety along with the intention of tracking the absence of the employee. The methods introduced included the sign in, access entry card, etc. However, there were cases of employee time theft and misuse happening because of the weak identification systems.

Biometric technology came in as a new storm into this sector. The uniqueness of fingerprint is exploited in this technology, where an employee has to use his fingerprint to unlock the entrance. This is one of the most secure and promising techniques, which enables accurate recording of employee attendance. Thus, Biometric attendance systems have gained popularity in the business world today for tracking the employees' attendance graph.

Here are some of the generic uses and benefits of using the biometrics.

PTO time tracking is fundamentally essential in keeping track of time and informs the time the employee has to work before the PTO is taken off.

How does Biometric work?

Biometric systems use fingerprints of the employee to verify the identity of the person clocking in and out. The fingerprint of the employee is scanned, the endpoints and intersections of the fingerprint are matched with the record present in the database and accordingly, the access is granted. For a new employee, he has to newly add his/her fingerprint to clock into work each day.

Fingerprint scanners have become exceedingly sophisticated in terms of the technology and scanners used in the scanning.

The basic process that happens in forming and matching patterns inside a scanner is as described below:

Whenever a scan is made, the digital print thus obtained is scanned for the particular features called as (minutiae), where the lines of the fingerprint either split into two and the algorithm measures the distance between the angles.

There are two ways of scanning. They are:

Optical scanner flashes a bright light on the finger and takes an effective digital photograph. The computer feeds the image to the scanner. The scanner uses a light-sensitive microchip made of CMOS sensor or charge-coupled device(CCD) to produce a digital image. A digital image is a string of unique strings produced which can be later edited or used. The computer, with the help of an algorithm, provides a unique pattern with the help of sophisticated logic which is stored in the database for the particular fingerprint. This is used to match whenever a scan is made.

This is the scanner which scans the fingerprint electrically. When your finger rests on the scanner, the ridges are marked while the center hollow part is clearly a little off the scanner. This scanner puts a graph on the scanned picturOne needs to Know!e and measures the distance between the ridges and the intersection point and form a unique digital code, which is created by the algorithm. This will be added to the database and will be used for comparison whenever a scan is made.

Detailed information on the process of scanning

Biometrics fingerprint attendance system is entirely safe, for the fact that it is unique as well as extremely reliable. Having said this, many people fight shy of installing biometrics as it was primarily a domain of the Crime Detection agencies.

However, this is barely true because biometric scanners fetch the fingerprint and perhaps the employee ID at most, and would not accumulate any other personal data of the person, like social security number, sex, age, address, etc. Hence, even if the biometric sensor is hacked, it would not reveal any information other than the Employee ID.

Sometimes, it is even secured to the extent that the fingerprint captured would be deleted instantly while the software would obtain the coordinates and vertices, create a collection of it, and stack it in the database. Hence, there will be no breach of code according to law, in the biometrics for time and absence management.

In the future, the fingerprint scanners will be installed in every place as an authentication medium, be it in big banks, airports, MNCs, ATMs etc. The identification can be advanced to other ways like retina scanning, face detection, iris detection etc.

These days, many computers, phones, apps of bigger banks like Federal Bank, use fingerprint authentication to gain access control. Fingerprint scanners are the relatively simple and highly secure way of providing authentication.

Facing any issues while tracking employees log-in and log-out times or having any queries concerning TimeDynamo? Be relaxed and feel free to Live Chat with us. Our Dedicated Customer Service Executive will address your queries and solve issues straight away.