T I M E D Y N A M O
blog What is (Aebas) Aadhar enabled biometric attendance system? And how it works? 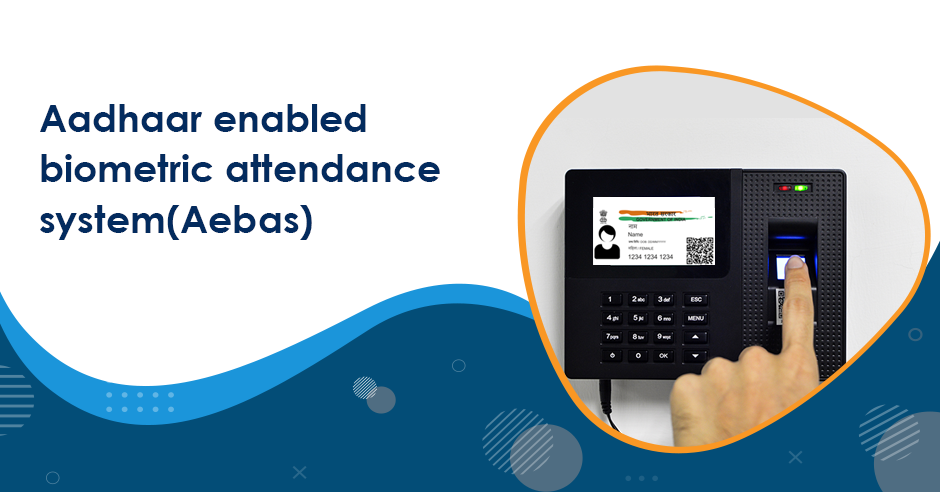 What is (Aebas) Aadhar enabled biometric attendance system? And how it works?

Are you worried about the lingering status of Aadhaar?

Has it been used for the purpose it was intended for

Aadhaar Enabled Biometric Attendance System known in short as AEBAS is a time and attendance marking system based on biometric technology linked with the verification of Aadhaar. The system is particularly aimed at recording employee attendance in various government offices and agencies.

This initiative of the Indian government forms part of the “Digital India” drive. AEBAS is a real- time monitoring system that makes use of Aadhaar generated by the Unique Identification Authority of India (UIDAI). This biometric system makes use of either fingerprint or iris.

Thousands of employees are working across various departments for the Government of India. Tracking the attendance of these employees is an arduous task. However, the presence of employees on time is critical for the success of various activities of the government.

During yesteryears the attendance of this workforce was recorded manually. But monitoring and maintaining the entire database was proving to be difficult. There was also the question of reliability as records were vulnerable to tampering or there could be an entry of faulty data.

Therefore biometric-enabled attendance system was introduced to overcome the above-mentioned shortcomings. This has been proved to be the best real-time solution for marking reliable and accurate information.

Though various government offices have replaced manual entries with electronic attendance recording carried out through smartcards or biometric systems, there was a need for monitoring the attendance through a centralized system. As sharing of attendance data through various levels was cumbersome, the government has come up with an idea to make use of the existing Aadhaar infrastructure which enables to reduce cost while improving overall efficiency.

Aadhaar Enabled Biometric Attendance System or AEBAS formulated by the Government of India is a real-time monitoring system that helps in improving the punctuality and productivity of government employees at large. The Aadhaar number generated by UIDAI ( Unique Identification Authority of India) is utilized in the process of authentication carried out by AEBAS. Cloud-based BAS helps in monitoring the attendance of the employees in real-time.

Authentication of employees can be done in two ways. One is an android based (tablet device) while the other is embedded Linux based (biometric device). In the case of tablet-based authentication, the durability of the product is under question. It is not as good as biometric products. Generally built for a single application, in this particular case being attendance, biometric devices serve for a longer period of time.

Some of the other advantages of AEBAS are:

The system envisaged enables employees to mark their attendance by presenting his/her biometric credentials in the form of fingerprint/Iris. This will then be authenticated after matching with the biometric attributes that are stored in the database of UIDAI corresponding to the employee’s Aadhaar number.

The entire authentication process as it happens is given below sequentially:

Sectors influenced by the introduction of AEBAS

AEBAS also has a great impact on various sectors improving overall productivity. The following information provides the impact of AEBAS on critical sectors helping improve the quality of life.

Some of the major developments with regards to AEBAS

With the central government having decided to put in place Aadhaar Enabled Biometric Attendance System (AEBAS) in various government organizations across the country, it becomes mandatory for the employees of these organizations to rise to the occasion. They must all give up their lackadaisical approach with the “Chaltha hai “ attitude. They should all pull up their socks in making the Digital India drive of the government, a grand success. All of this behooves well in being a citizen of emerging India.